We create dynamic apps that are rich in functionality, esthetic appearance & work flawlessly on all devices 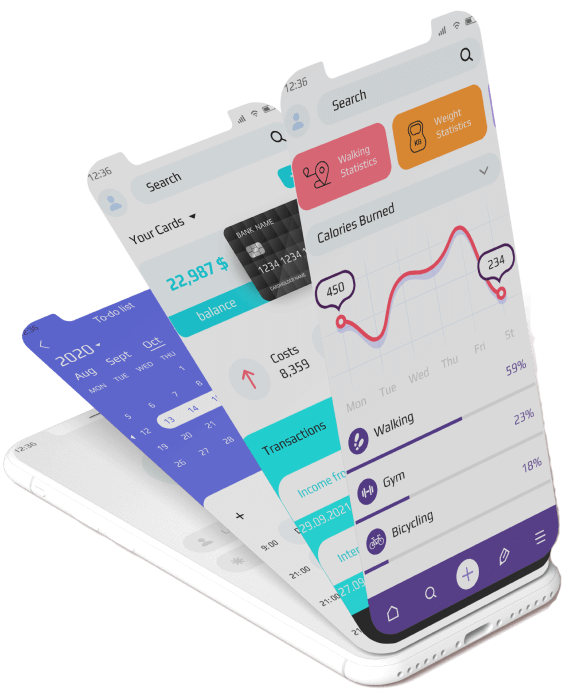 We Help Businesses Unlock Their True
Potential and Grow

Trango Tech helps businesses transform by taking their idea and nurturing it into a physical product that offers measurable and noticeable results.

Technologies We Work On

Trango Tech always keeps a check on the latest and emerging technologies to ensure our clients are getting the best of the best. From the most premium security features to the reliable interfaces, here are some technologies we love working with.

Trango Tech is a cross platform app development pioneer with more than a decade’s worth of experience. Our experts have created such apps for multiple companies from various industries, making us great at what we do. Here are some services we stand out for.

Our turn-key teams strengthen your mobile app development capabilities by integrating with the team or providing external consultancy/advisory services. In either case, we fill the gaps in specific technology expertise, bring new ideas to the table, and exponentially accelerate your time to market. 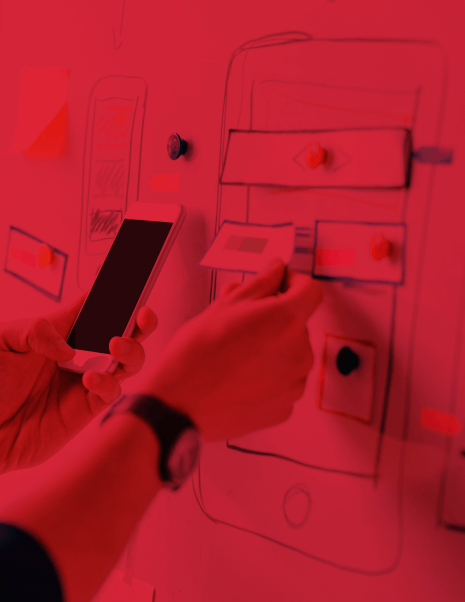 We at Trango Tech take your idea and create a market-ready app quickly and efficiently. While you focus on growth, our expert cross-platform mobile app developers build you an app from scratch, including visualizing concept art and composing architecture. We create a comprehensive app that suits your business/enterprise needs, with perpetual support for as long as you need it 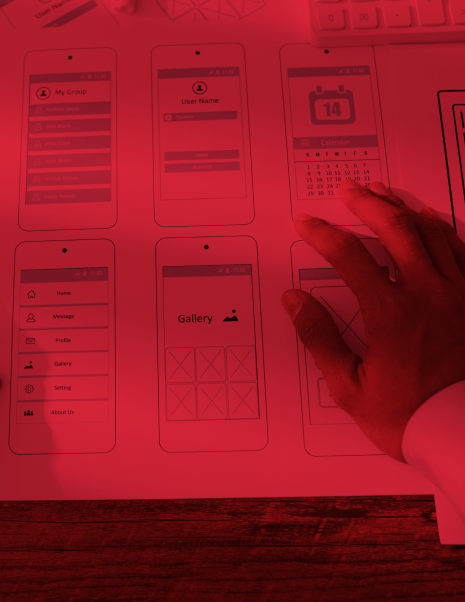 With Trango Tech’s mobile app cross-platform development consulting services, our experts analyze each case to identify unique characteristics that determine success or failure. We comprehensively review all aspects of your existing mobile ecosystem and research your target market and audience to create a thorough roadmap. As a leading cross-platform mobile app development company, we also provide recommendations for the most suitable tech stacks and security protocols. 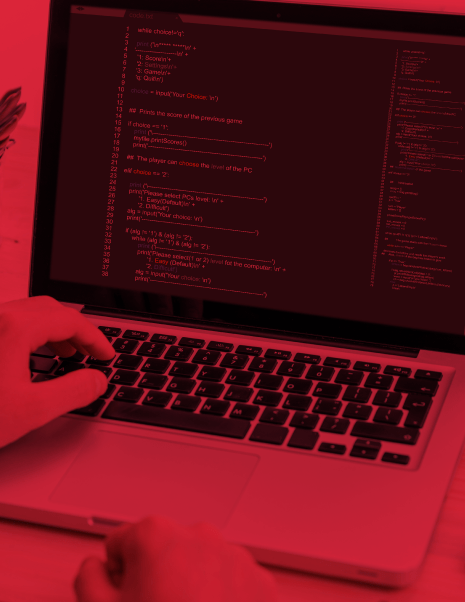 Proof of Concept (PoC) and Minimum Viable Product (MVP) are critical concepts that inform the developer whether an app is worth the investment. The PoC tests and demonstrates whether the idea is feasible and achievable. The MVP tests an app idea’s viability across three dimensions: usefulness, usability, and delight. Trango Tech can help you decide which prototyping route is best for you and help you gain valuable consumer feedback. Our results will also help you build the perfect exhibit for investors.

Wondering what makes us a better fit for your app development needs than the rest? Apart from our keen attention to detail and more than a decade’s worth of expertise, here’s why!

Get all-rounder solutions to all your problems and needs with our impeccable developers.

From designing to programming and final tweaks, everything is done in-house so that you can control everything.

No matter what you need, our developers can customize it exactly as you need for maximum hits.

Get the same superior quality of work for a fraction of the price with Trango Tech. Unlike others, we want our services to be persuadable.

Convert your ideas into a successful hybrid mobile app using our proven methodologies and creative team.

Our team ensures that every revision is backed by an automated build and test with the help of our continuous integration process.

We don’t sit back and relax until the architecture of your cross platform app is perfect.

We’re here to enhance the efficiency and operations of your cross platform app development with our enterprise app solutions.

Day or night, our 24x7 technical support team is always here to fix the issues for you and your users.

Have an Idea For An App, Talk to us Today For a Free Consultation! 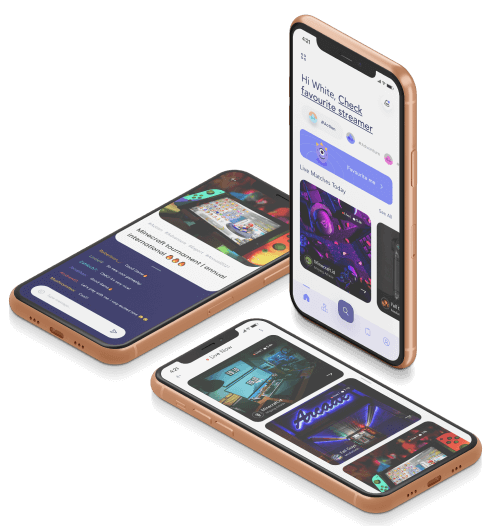 Why Clients Love Working With Us!

TrangoTech has been a part of the development and design industry for over a decade. Our team comprises over 100+ certified and trained developers with experience of 15 years or more, making them the best at what they do. No matter what your company size or needs are, our team knows how to create a spectacular app. Here are some of our clients from various industries who’ve been with us since the start.

Oaks is a clothing and apparel brand owned by Star Textile Mills. It first began 8 years ago as a brick-and-mortar store but has now advanced into the digital realm of eCommerce. It has now become a popular brand among men and women who love fashion. 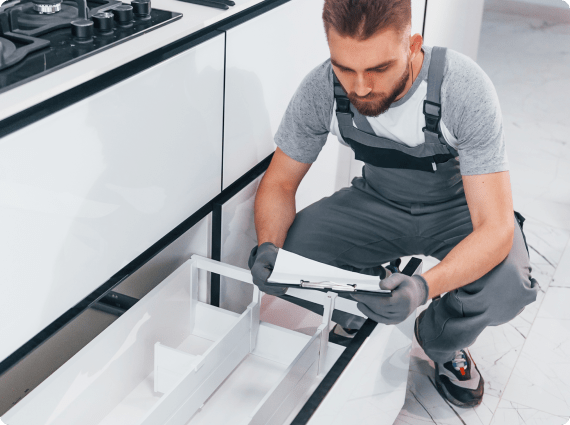 Helpp provides an excellent customer experience through their skilled workforce. From house help to electrical work and plumbing, they offer a wide range of services at an affordable price, with reliable and professionally trained staff. 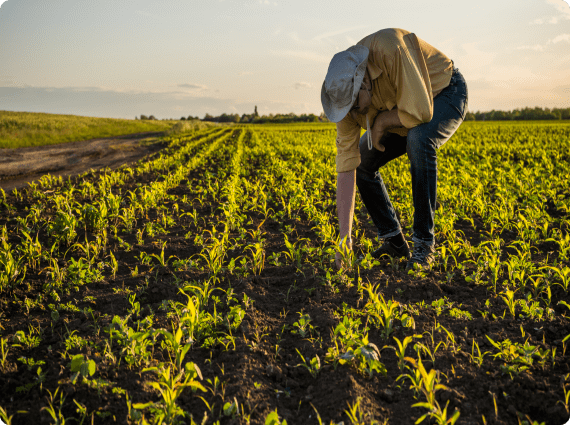 Khaity is revolutionizing the agriculture industry. We built an AI-based field tracking and management system for them to increase productivity and simplify management.  Khaity has set high standards for other agricultural companies in Pakistan. 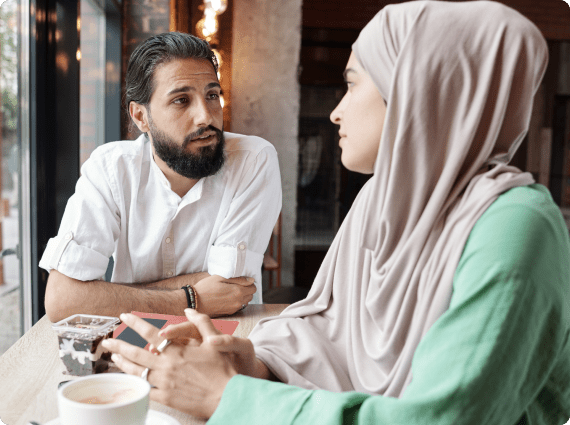 MatchBox is a dating app for Canadian Muslims looking for their perfect match. Rather than following the ordinary brick-and-mortar system, we digitalized their matchmaking process by integrating an AI-based system to help users find their potential match. 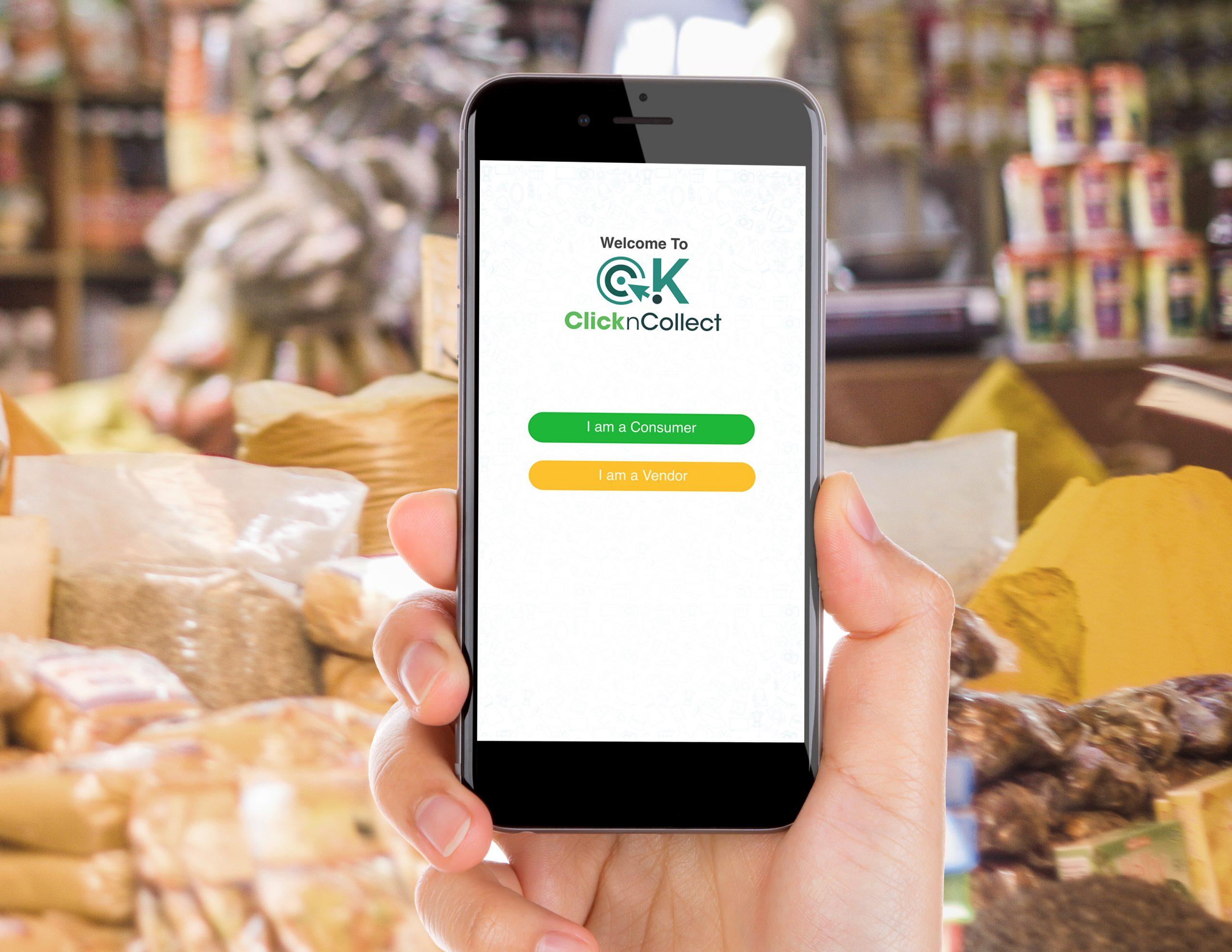 ClicknCollect is an all-in-one eCommerce website that provides you complete control over the products and the pricing you sell them at. To help customers and users manage their accounts effortlessly, our capable developers created the perfect mobile app. 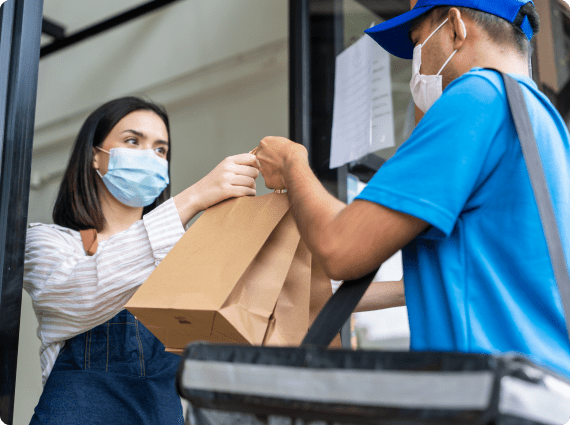 Goto is the one-stop online shopping marketplace that helps you find everything you need under one roof. From tech gadgets to household supplies and appliances, they have it all. They’re here to conquer the eCommerce world by catering to all your potential needs.

Shifaam allows you to schedule appointments and blood tests through their iOS and Android app created by our innovative team. Whether you need to get medicines delivered to your doorstep or schedule a follow-up, all you need is Shifaam.

Let us know your requirements by filling out the form, and our team will schedule a call to discuss everything in detail.

Once we know what you’re looking for, our team starts working on the right tools for your cross-platform app and creating the perfect plan and design to create it.

After the planning and designing are approved, it's time to put it together using a single codebase and bring the idea to life.

The work doesn’t stop with creating the product; our team puts it through rigorous testing under vario

Industries We Have Conquered

Want to make healthcare easily accessible for all? Well, you can come to us. Our immaculate developers have been catering to the healthcare industry for the longest time. From telemedicine apps addressing specific diseases and healthcare needs to patient apps and hospital apps, there’s a lot we can do for you.

Make your eCommerce website innovative and tech-savvy with our expert development solutions. Our team knows the latest trends in your industry, helping you accelerate your business with our innovative solutions. Track orders and shipments or take a quick overview of your inventory; our solutions can make your life easier. You can also improve customer experience by offering a mobile app to shop on your eCommerce store.

Gone are the days of relying on telecommunication to run your restaurant. We’re here to help you adapt to modern technology by making customized apps that allow you to make reservations, update dining preferences, and order takeout.

When it comes to real estate, websites are good, but mobile apps are better. It allows customers to refine and customize their searches in various ways. Whether you provide rental real estate services or purchase, we can help you conquer the real estate world with our unique and innovative mobile app solutions.

Make your FinTech company tech-savvy with our expert solutions to give you an edge over your competitors. From secure apps for financial data to portfolio management websites, there’s nothing we can’t do. Double your investment with our innovative and secure FinTech digital solutions.

The transport industry is growing and getting increasingly competitive by the day. Give your opponents something to stress about with our innovative digital solutions. Whether you need a mobile app to track nearby transports or build a brand-new navigation tracking system, we’re your team.

Make education easily accessible for all with our expert digital solutions. Create eLearning applications and websites with unique features and designs to set yourself apart. Have a new concept in mind altogether but not sure how to bring it to life? No worries, just tell us what you need.

iOS apps are perfect for sports teams of all levels. They can help coaches manage their teams, players track their stats, and fans follow game updates. Additionally, many teams are using iOS apps to offer interactive fan experiences that go beyond just watching the game.

Our customers and partners are the lifeblood of our company, and we're grateful for their support.

Let’s level up your Brand, together

Other Services We Offer

We have everything in the store that you might need to offer an explosive mobile experience. Here are some other mobile app development-related services we offer that can help enhance the performance and development of your products.

Inspired by an iOS feature that can rock the android world? Well, contact us now. Our Android developers can design applications and software for all android devices, including smartphones and tablets.

Create effortless and smooth cross-platform mobile apps with the help of our qualified Flutter app developers. All in one apps for iOS and Android without writing codes for two different apps.

Create riveting iOS mobile apps that take the App Store by storm. Whether you want to create a mobile app for iPad, iPhone, iPod, or Macs, our iOS developers know how to do it all.

Cross platform app development is the concept of creating software compatible with multiple mobile operating systems, like Android, iOS and Windows, using a shared codebase. Initially, developers would build a separate ‘native’ app for each platform, wasting time and effort since building a backend that worked across multiple platforms is challenging. However, with a cross-platform technology like Flutter and React Native, similar ‘execution’ code remains consistent while UI remains reactive.

There is a wide range of tools available for developing cross platform mobile apps. However, the most common and effective include Microsoft’s Xamarin, Google’s Flutter and Facebook’s React Native. As the best cross-platform mobile app development company in operation today, Trango Tech can utilise any tool or tech to enable your vision.

Because cross platform apps are built primarily on shared code, developers can use any language to write their code. The specialised UI software translates the app’s operations into the language used by the platform. Cross-platform app development for mobile is simplified due to its compatibility with multiple coding options.

Trango Tech is a world-class cross platform mobile app development company with extensive experience in multiple industries. With over ten years in the field and more than 200 developers at our disposal, Trango Tech has the skills necessary to deliver holistic, scalable, and adaptive solutions. 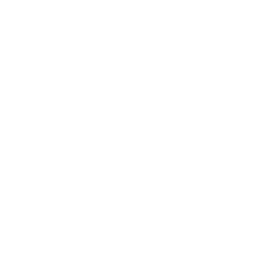